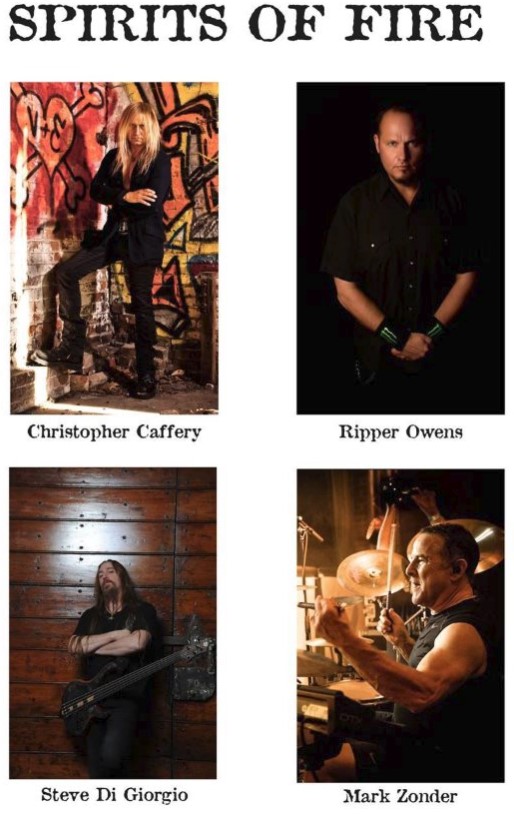 Guitarist Chris Caffery (SAVATAGE, TRANS-SIBERIAN ORCHESTRA) and vocalist Tim “Ripper” Owens (JUDAS PRIEST, ICED EARTH, CHARRED WALLS OF THE DAMNED) have joined forces in a new band called SPIRITS OF FIRE. The group, which is completed by the powerhouse rhythm section of bassist Steve DiGiorgio (TESTAMENT, DEATH, SEBASTIAN BACH, CHARRED WALLS OF THE DAMNED) and drummer Mark Zonder (FATES WARNING, WARLORD), is halfway through recording its debut album for an early 2018 release through Frontiers Music Srl. Enlisted to help with the writing and to produce the entire venture, including recording and mixing, is Roy “Z” Ramirez (BRUCE DICKINSON, HALFORD).